The NEK 606 has its origins in 1993 as a successor to the ‘Recommended Practice for Specification of Cables’ of the ‘Norwegian Oil Industry Association’. The specification was developed in the late 1980s to satisfy the industry’s need for limiting and standardising the number of cable types being used by the offshore industry. In 1993 the ‘Norwegian Electrotechnical Commitee’ (NEK) took over the responsibility regarding the specification and they issued the first edition of the NEK 606 in 1993.

After 1993 the standard was regarded as a national standard for 16 years. In 2009, the decision was made to refer to NEK 606 as a technical specification, since calling it a standard might lead to confusion whether the “standard” is issued by the IEC or not. The most recent edition was released in January 2016.

The most important features of a specification and/or standard are:

The NEK 606 has some similarities with other standards like the BS 6883 and the IEEE 1580. There are differences between them, especially in the construction of the cables. They have other requirements for the insulation, screening, braiding, bedding and sheathing compound. Thus, the NEK 606 prescribes the minimum requirements of:

The NEK 606 uses terms for the product properties of a cable. Below it is explained what these terms mean and which standards they have to meet.

The cables must withstand the test as described in the IEC60332-3-22 for bundled cables and/or the IEC 60332-1 for single cables. Both test methods examine the flame propagation characteristics of the cables. During this test the cables are installed vertically and are exposed to a simulated fire. The test method of the IEC 60332-3 for bundled cables is more demanding than IEC 60332-1 for single wires.

The fire resistance of a cable needs to be tested according to the IEC60331-21 and 31. The cable is tested for at least 1.5 hours above a simulated fire with a temperature of 750 °C to 800 °C. After this test the cable should maintain its functionality.

In order to demonstrate that a cable is halogen-free they must comply to the IEC 60754-1,2. This standard requires a cable to contain no more than 5mg halogen per 1g.

The NEK 606 requires a cable to emit a minimal amount of smoke during a fire. This is tested according the IEC 61034-2 standard. In a closed room the cable is set on fire to create smoke. The cable passes the test if the value of light transmittance is greater than 60% (Scale= 0% complete obscuration to 100% luminous transmissions). The higher the light transmittance, the less smoke is emitted during a fire.

All thermoset sheathed cables need to be suitable for all kinds of oil production installations. They need to withstand the test method according to the IEC 60092 359 SHF2. The cables are immersed in oil with a temperature of 100 ° C for a period of 24 hours. For cables with a thermoplastic sheath material there are no requirements.

In accordance with the NEK 606 a mud resistant cable must have a sheath that complies with the requirements stated in the IEC 60092-359 for SHF2 (SHF MUD). This means that the cable is designed with sheathing compounds suitable for installations and operations dealing with mud.

Offshore cables in accordance with the NEK 606 are indicated with 2 or 4 letters. These letters indicate the structure of the cable. Instrumentation cables can have additional letters such as (c) and (i) which indicate a specific screen between the cable and the outer sheath.

Depending on the type of cable and the application of it, cables can have an extra layer of PET tape between the interior of the cable and the armour / screen.

Many individuals are involved in creating the standard. These individuals are generally industry experts who are highly dependent on the rules and requirements included in the standard. They form a specific committee and they aim to develop requirements with the highest quality. Not only international interests are considered during these committee meetings, national interests are also taken into consideration. 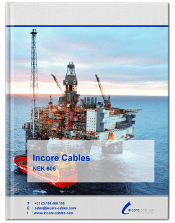 Receive our eBook and you will find more information about:

Stay up to date

Incore Cables We are specialised in electrical and instrumentation cables. Our engineering allows us to develop new, and improve existing cables. We have large stock levels that guarantee a fast delivery. Standard cables, custom or assembled as desired, we offer the solution for many markets and applications. 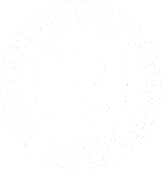